As everyone knows the Swatch watch is a bit of a collectors buzz.  Watches that have color and whacky design features but that never stray off the fact that these are – watches.  Their almost always easy to read, easy to ear and easy on the pocket.  Some folks of course wouldn’t wear those cheap looking plastic things on their wrists if you paid them – but conversely will wear the latest G-Shock which if course if made from – you guessed it – plastic resin.  However one of the good things about Swatch models is that invariably they do actually feature decent Swiss made quartz modules and some are surprisingly good.  I am not going to talk about their new System 51 Automatic mechanical range, which I will touch on in a later Post.

Now I’m not a collector of Swatch (not their branded watches anyway, though I have Brands that are part of the Swatch group, though really feel I should be, being eclectic in my choices, so perhaps I’ll look at these a bit closer and maybe get one or two, just for fun.

First is the Swatch xxSpeed Chronograph & Date model which is the largest one I’ve selected at 42mm width x 14mm depth.  It features as expected a Plastic case, Silicon strap and plastic clasp and buckle and a Swiss Quartz movement.  It also in the price range of under £100 at around £70 online, so is pretty decent value for money.  I feel when considering sub £100 models that each should be more than just a watch telling the time.  I like it to be as practical as possible, so tend to specify a Date function as a minimum requirement and this one has a bonus with the Chronograph. 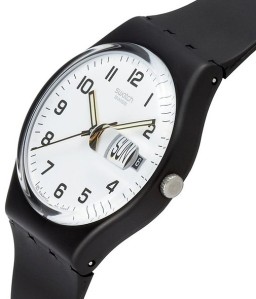 Swatch “Once Again” model with White on Black.

Second is the Swatch “Once Again” White dial on black strap model GB743 and this is a very neat watch at just 33mm x 10mm depth, so is very much Unisex I suppose, but is a really clear reader AND has not just the Date but also the Day – AND magnified too, which is a good feature on a small watch.  It has Luminous hands and once again a plastic case and silicon strap, 30m Water Resistance and weighs in at a featherweight 18 gms and is quite striking on the wrist with the stark white/black contrast.  Swiss Quartz movement of course and costs around £32 online.

The third and final model in this selection is the Swatch AUOB709 Day and Date and is the medium sized one here, also a Day and Date unmagnified this time, but very clear with it’s contrasting colorway and luminous hands.  41mm x 10mm depth it is quite slim so will fit the wrist rather well. even if small.

So decent Swiss quartz and all for just £47 it is as the others and pretty decent value and all three I think look pretty half decent on the wrist and regardless of what you are doing – out and about or dressed to kill and off to dinner in the old Tux!  And because they are liberally spread about in the celebrity world and used by so many these days, they are always in fashion.

Note – The original Swatch Watch concept came into it’s own in 1983 and started a revolution in the Swiss Watch Industry when they used just 51 parts system in quartz models and a fully automated assembly line production process.  This resulted in an amazing and very affordable range of models.

Thirty years later Swatch have expanded that idea and produced what they consider is another breakthrough by introducing  the Sistem51, which applies now to mechanical automatic movement watches.  This is an Automatic (self winding – no batteries) movement with just 51 parts.  Comprising 5 separate modules which are welded into a single unit and centred on a single screw. When you consider that conventional mechanical movements have at least twice that number of components and some 500 or 600, it is in many ways a mini-revolution in watch production.  This series of watches are produced by maybe the first fully automated assembly process in the World.

However for me it seems rather ironic that with less movement parts you’d be forgiven for thinking the watch would be smaller – well, from what I’ve seen it’s not – isn’t that odd? – However, maybe time will tell and it’s early days.

Like most automatics the movement is wound by the movement of your wrist, but unconventionally and controversially, in my opinion, the watch movement is also now hermetically sealed. It is also anti-magnetic too with the use of copper, zinc alloy and nickel AND the watch never (can’t) needs serviced  AND it has a huge 90-hour Power Reserve!

This of course sounds great, though personally I’m disappointed by the first range of the Sistem51 models, which dial wise I find difficult to read owing to dial clutter.  This is a pity as has nothing to do with their new movement concept at all, but perhaps a poor visual design of dial features and colours etc.

Hopefully this will change with new models coming out as I write and I hope to feature a few of them in a future Post.

Note – All watches featured in this Post are Quartz and NOT Sistem51 which are automatic mechanical watches and which I hope to feature in a future Post. 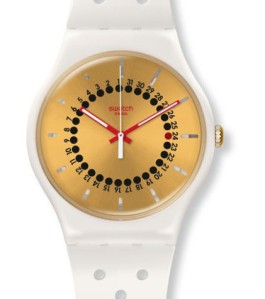 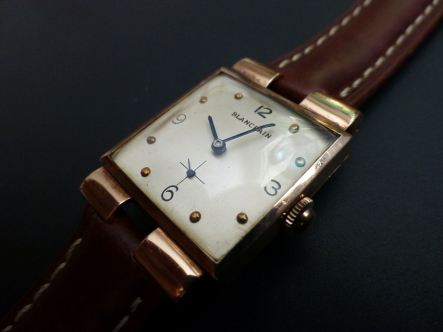 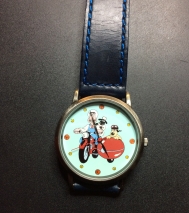 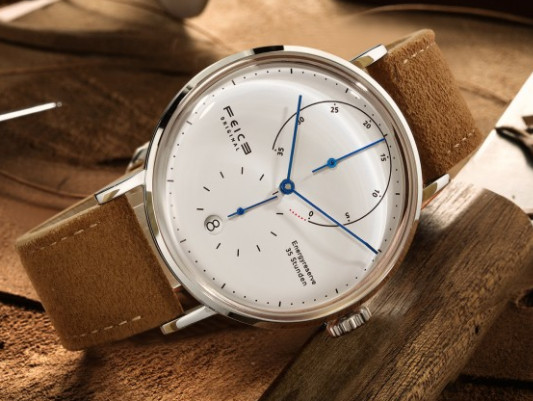