Had posted this in my “Commentary” section but got so hooked into it, I just had to Post it here as a leader and prompted by the silly hype being generated by that latest smartwatch from Apple.

Just saw an article, one of many actually, that boasts that the introduction of the Apple Smart Watch will threaten the Swiss watch industry.  It seems to base this premise on what exactly? that in comparison to the new Tissot T-Touch Solar Expert model which as they say, has a Compass, Altimeter, Barometric Pressure, Timers, Chronograph and tells you the time – the Apple does all sorts of super things like “open your hotel room door” and pay for goods and services.  The inference being that the Apple watch is better?

Well for me that just about says it all.  The Apple Watch and all the other smart watches appear do all sorts of “stupid” things and just a few OK ones besides – I mean I tend to use a key or key card issued by the hotel to open the door . . . . though I can see why this fact might be important as you will certainly have to get to a power point in less than a day to charge your so called “Smart” Watch.

And this is the HUGE problem with these things.  Power or the lack of it and especially with all the wonderful “things” you can do with it.  And as to payment for everything with a watch?  If I remember correctly some time ago Apple came out with this Passbook system, which was an e-ticketing/coupon sort of payment idea, which here in the UK was a total disaster.  In fact the poor take up figures already show we don’t even like using that horrible “Proximity Card” idea for paying for your shopping in the supermarket, as they are both insecure and unreliable as many cases prove and the new Apple smart payment idea appears to be very similar.

However when you get down to it, the “smart” watch actually does very little, if anything, on it’s own.  It has to connect to a compatible phone or perhaps “smart” phone, which also incidentally needs to be charged virtually every day as well, so you can check messages or Emails or whatever else the modern guy seems to imagine he has to have.  I personally call it all a bit of a con!  Is it to much trouble just to check your phone in your pocket? and then you can properly answer without severe eye strain.

Perpetuated by Apple and the rest of the “smart hand communicator” makers, each bombarding you with an deluge of sales litter, just to get you to buy their products but also to then rely on them.  Plus trying very hard to make sure their devices only talk to their own brand and then have to charge them with their bespoke charger connector (each new model = different connector) just to make you buy a new one every darned time.

As I say a very big con!  And cynic that I am it appears the cost of all this a pretty blatant and deliberate ploy to get you to pay their development costs for what are let’s face it, less than complete products.  In fact until they can provide Solar “smart” watches in my view they are wasting your and their money.

Meanwhile with my Tissot Solar Swiss Watch I’m still able to tell the time and the date and use my compass the next day or next week or next month and for many, many years!  As the title piece said in this article and I repeated here, my wrist watch is “solar” – no battery worries and even if left in a dark drawer, it will still be working a year later and never miss a beat.  Now I don’t know about you, but I call that SMART . . .! Very smart.

Interestingly as I look at the back of my own Tissot Solar Expert Swiss watch it actually states “Smart Watch” (see image – click to enlarge) which says to me – the Swiss know a thing or two about wrist watches.  I have a feeling that a good watch, mechanical hand wind, automatic, spring drive, Quartz Eco-drive or plain Solar will still be around long after the so called “smart” watch has corroded away to Lithium dust, which won’t do you much good either! 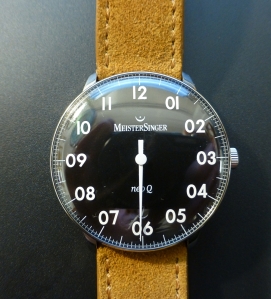 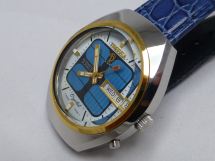 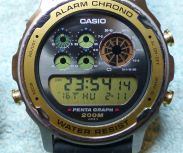