A friend of mine appeared the other day with a new watch they’d got as a fun addition to their main birthday gift and was keen to show it off to me.
This is a disc watch that shows the passage of time not with conventional hands but uses flat discs instead.  Not that this is a particularly new concept as I have a few myself including some vintage models, but this one is a sort of retro/modernist model and I show it to you today basically for one particular reason which I’ll share at the end of the review.

I’ve seen a few disc watches round and some are better than others.  Some are also cheaper than others, though in this case (so far at any rate) this does not mean they are any less of a functioning disc watch.  This model from Zuricht (via Amazon) is not a bad looking watch, it slips so well under a cuff and here’s the first good point – because the display is offset to the right and if like me you wear your watch on the left wrist it is perfect.  So many other disc watches have the display at the top or even to the left and are not so easy to read quickly – here just a glimpse from under the shirt cuff and there it is.

On the wrist – looks good with display at right side of case.

The watch itself is neat at 43mm wide (45mm top to bottom) and only 8.9mm depth, so is really slim to wear. The entire watch is in black gloss finish steel and the case top is slightly curved as is the large clear plastic face. The time window is 15mm x 18mm so is a good size to enable a decent view.

The bracelet is black finish stainless steel and fully adjustable.  For smaller wrists, adjusting is by way of split pins, which can be pushed out of each segment and these can be removed to reduce the overall size.  These should be pushed out from the solid end of the pin – and when replacing push in from the split end and usually have to be tapped in with a protected face small hammer or similar.  It sounds a little more difficult than it is, but is quite easy to manage with a bit of care and common sense. Your local watchman will do it in a few minutes. The bracelet is a fairly standard fold over clasp with a double push button clasp which works very well.

The watch back is plain stainless steel and a snap fit.  There is no mention of Water Resistance, but as with most snap fittings I would NOT recommend using it in water.  If it doesn’t say – it isn’t – in other words don’t shower when wearing it!

As to the function if the watch, I’ve found it to be excellent.  The display shows 3 discs which are colored white with black numbers and the outer Hours disc has larger numbers than the inner Minute disc, which graduate in size down to the continually rotating Seconds disc, which is more or less in the center of the watch.  Although the discs have no graduations, it is actually unnecessary as it is very easy to read the time accurately.  All the discs rotate, the most obvious being the Seconds which ticks round constantly, the others of course rotate,  but much slower.

Accuracy wise it’s apparently a Japanese Quartz movement and is as good as most quartz models with mechanical indicators – such as hands or discs.

Whilst the case, bracelet and general look of this model is actually very good, there are some issues regarding the discs.  First is the printing of the numbers which could be better and second is what appears to be evidence of dust on the discs.  The first issue is just plain careless and the second shows to me that assembly of the watch is maybe not done in ideal conditions.  I would suspect that final Quality Control is the buyer!  There is a 1 year Guarantee however and if you get one where the issues are more serious or if concern to you, I would think a return would be a replacement as the repair. 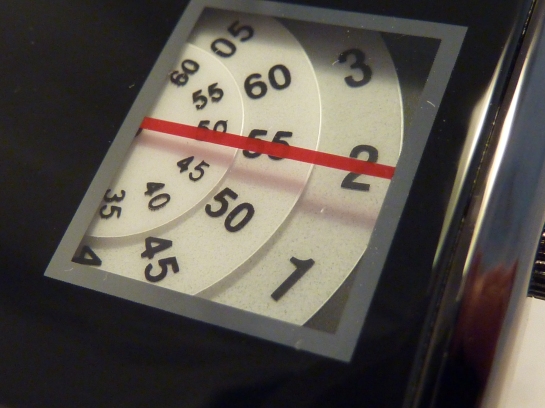 Some evidence of dust on the discs and the print quality could be better.

But that said, overall I’ve got to say that I am pretty pleased with this watch at such a low cost, especially when considered against a similar looking model such as the Nixon Rotolog retailing at over £200 versus £15 for this model.  Of course there will be quality differences, but I have to confess I see nothing that would stop me from buying this over the more expensive one.

What would I like to have seen?  Maybe a back light for night use or perhaps luminous discs or numerals – but there again these extras cost money and not essential.

So to conclude, this watch basically does what it shows and does it very well and at low cost. Quality Control is another matter, but without another sitting beside it I’m unable to gauge one against the other.  What I can say is that this particular one certainly looks good and should the worst happen and it die a death sooner rather than later – so what?

However it has to be said that I have no reason whatsoever to suppose that it will not give many years of service. 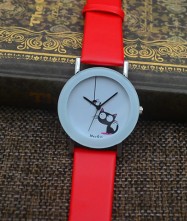 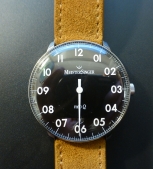 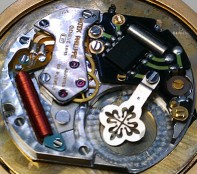 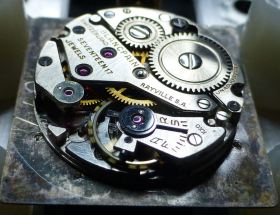 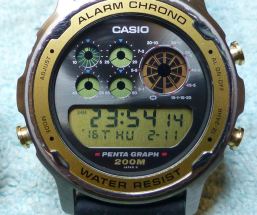