Another 1970’s variation from Switzerland is the Tressa watch.  This is a nice NOS model which as you would expect is in absolutely pristine condition, never having been worn in it’s entire life.
Powered by an AS 5206 (A Schild) Automatic mechanical movement with Day and Date, this is perfectly at home today as a day or dress watch.
Nicely finished in highly polished stainless steel case with a gold plated bezel surrounding a mineral crystal.  Lovely electric blue geometric dial decoration with quick set date via a push pin @4 and a clear Day/Date window @3.

As with many of th 1970’s watches, the watch actually came with a Tressa stainless steel bracelet, but I’ve changed it.  You may ask why and the answer is that so often mid range Brands from that period seemed to struggle sourcing decent straps and bands.  The original one whilst also NOS and infinitely adjustable, is simply NOT comfortable as it catches my wrist hairs!  So I paired it with a complimentary color leather buckle strap, as shown.

I would note that rough bracelets are not confined just to cheaper Brands, as I have a Cartier model that is just as bad (worse actually) so it’s in good company! 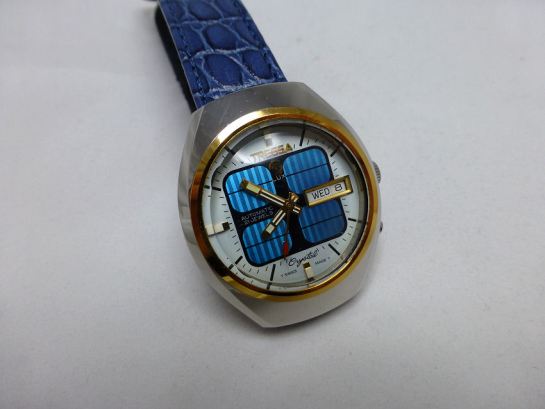 AS movements have been around an awful long time and in fact were the largest movement maker in Switzerland by 1920, though in the 1970’s after the Asian onslaught, they merged into ETA in 1979.  They were and still are very well regarded as a reliable movement with Brand customers almost from A to Z and derivatives are still used today.
Tressa on the other hand have been around for a shorter period, coming to reasonable prominence from their base in Bienne Switzerland in the mid 1960’s and over the next 20 years till 1987 sold mostly to the Eastern market.  During that time they almost exclusively used AS movements.

Bankrupt in 1987, I understand Rado took over their remaining assets though some years later (vague details only exist) under the umbrella of Zeon Watch of Basel between 2000 and 2005 old stocks of AS520x movements and watches were finally cleared from their inventory.  The main competition in their heyday prior to then was from the likes of Sicura and Orient who served the same market with similar styles (I understand the CEO of Sicura was involved in the early days of Tressa).

In my Tressa the crown/hand adjustment is a quite stiff and whilst could be a characteristic it’s more likely a lack of lubrication after some 40+ years in a box!  but it operates just fine.  The Date is changed with a pin under the crown @4 and the dial design is rather smart (reminds me of the first solar powered, but of course isn’t).  The broad Hour and Minute hands are easily seen and the sweep seconds Hand has a red marker tip.

Looks good on the wrist and already has drawn comments.
It fits my 6.5″ wrist perfectly.

I also think it has some presence and it looks good on the wrist and features a great color combination that works very well.
The Tressa Lux Crystal is quite a neat size at just 42 mm lug to lug, 36 mm across (x crown) and only 12.9 mm depth, also comes with a few different dial colours and designs and in today’s world works very well as a fashion piece.  Depending on the color you choose it can be, as they say, mixed and matched, with shirts and ties in most colours, which is a plus.  I’ve seen one in a superb green dial center which I particularly like – and seeing I’m in my 1970’s thing at the moment, I’m sorely tempted.  These are still available NOS, which is amazing after all this time and at reasonable prices too.

So it might well be worth it to seek them out as they have an individuality that’s sadly lacking with modern watches.  Of course that’s the 1970’s for you – it was a time of not only technical revolution, but also real social invention and this Tressa model was born out of that time. 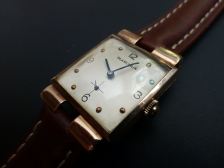 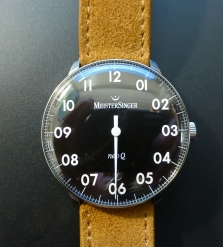 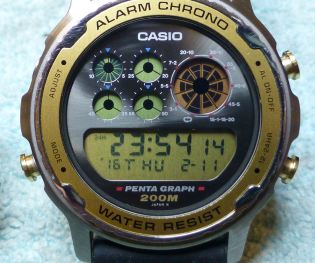 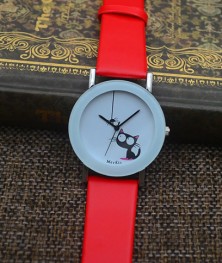 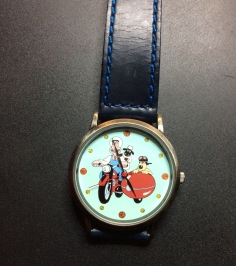